The Object Detection extension of the PictoBlox Machine Learning Environment is used to detect particular targets present in a given picture. 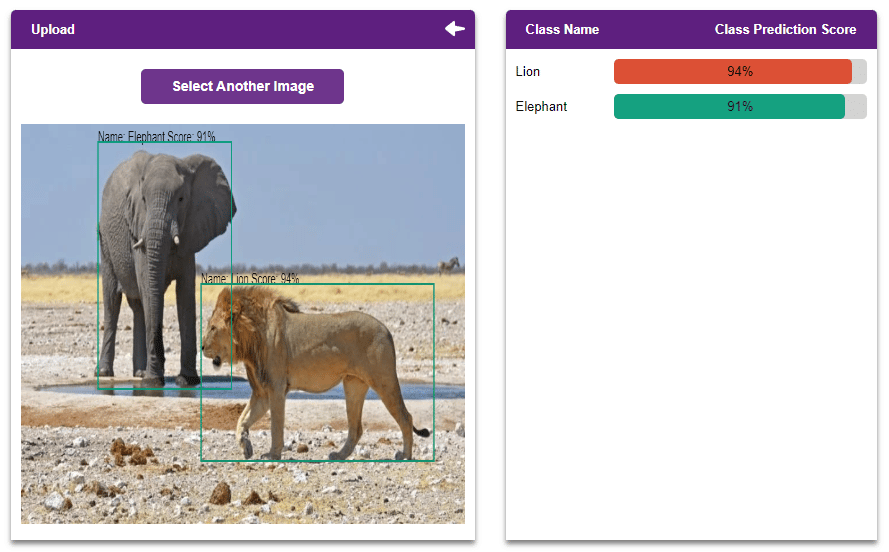 There is always confusion between image classification and object detection. Let’s look at it. 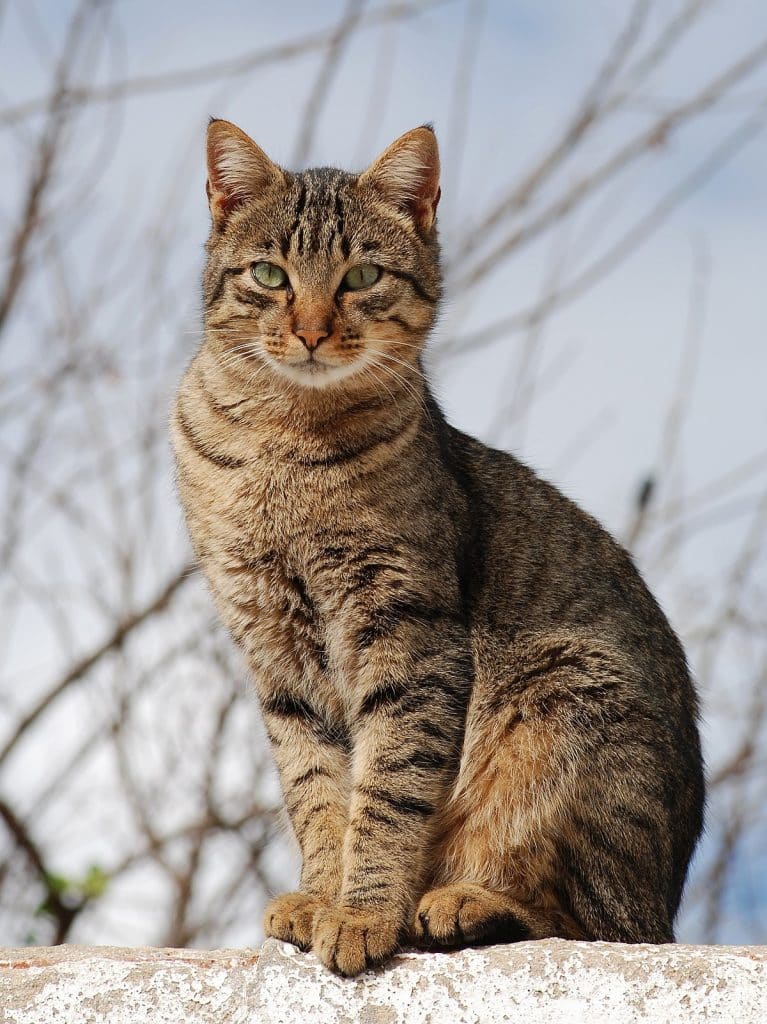 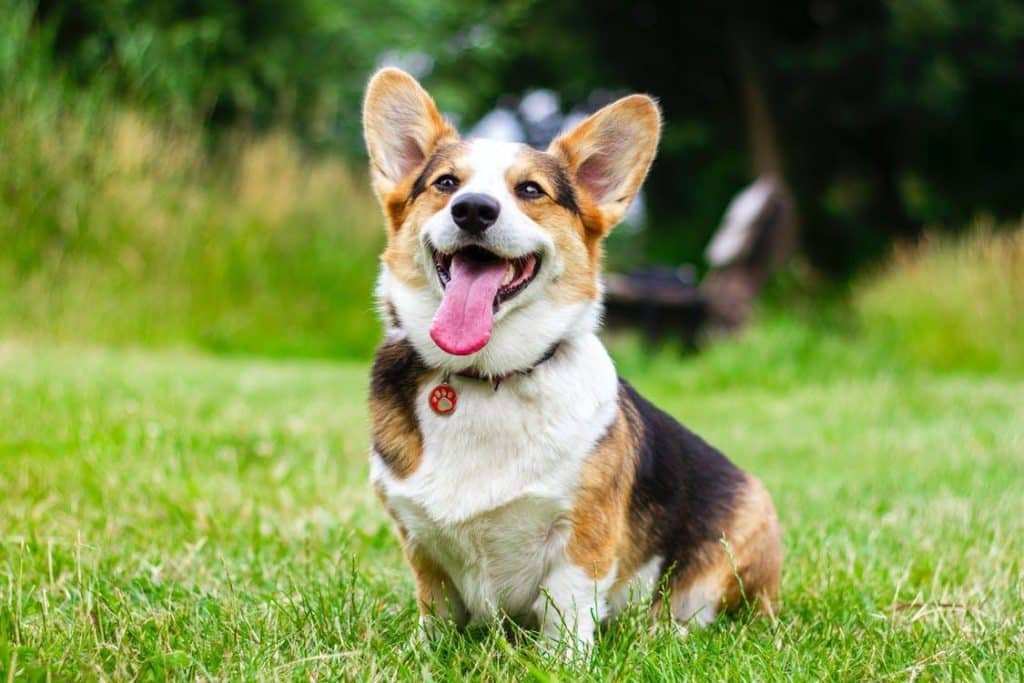 Thanks to the human brain, it’s no big feat for us to make out that Image 1 is that of a cat and Image 2 is that of a dog. However, computers do not possess the intelligence we do, hence we need to train them to recognize such images. The same is true for any scenario where we want the computer to categorize data. 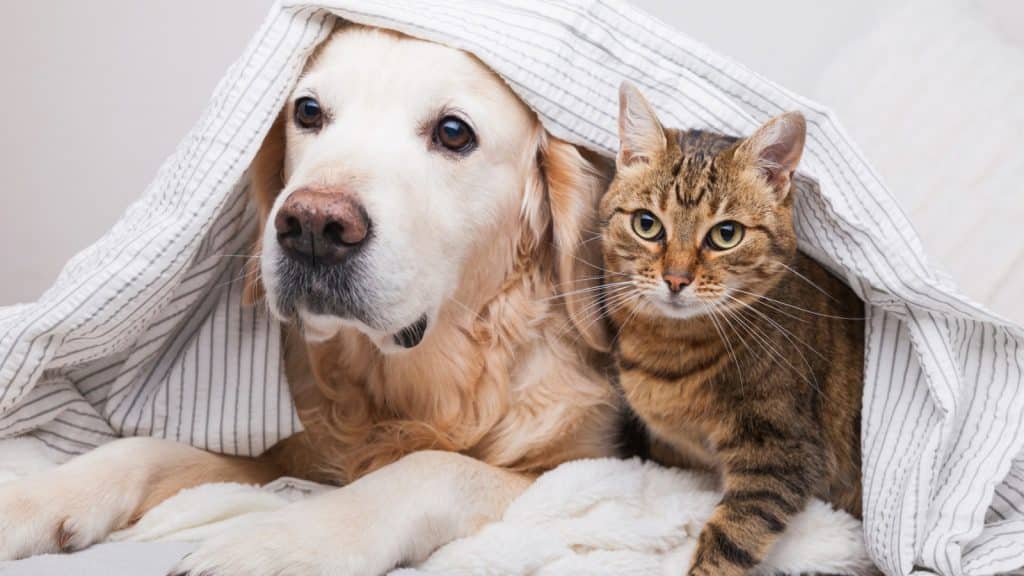 Again, our human brain doesn’t break a sweat in making out that there are two animals in the picture, one cat, and one dog. However, a computer trained to recognize cats and dogs separately will not be able to make complete sense of the image. This is where object detection comes into play.

The biggest characteristic of Object Detection is the fact that it takes the location of objects into consideration.  Object Detection algorithms can detect not only the class of the target objects but also their location. 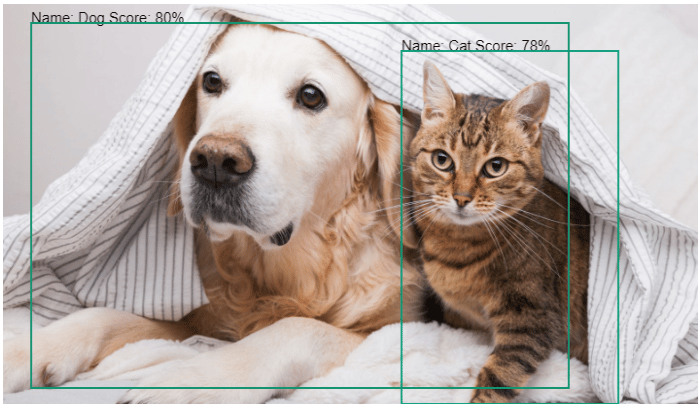 Hence, Object Detection is extremely useful when there are multiple objects present in an image.

Alert: The Machine Learning Environment for model creation is available in the only desktop version of PictoBlox for Windows, macOS, or Linux. It is not available in Web, Android, and iOS versions.

There are 3 ways to add the images to the project:

A bounding box is an imaginary rectangle that serves as a point of reference for object detection and creates a collision box for that object.

We draw these rectangles over images, outlining the object of interest within each image by defining its X and Y coordinates. This makes it easier for machine learning algorithms to find what they’re looking for, determine collision paths, and conserves valuable computing resources.

Object detection has two components: object classification and object localization. In other words, to detect an object in an image, the computer needs to know what it is and where it is.

Take self-driving cars as an example. An annotator will draw bounding boxes around other vehicles and label them. This helps train an algorithm to understand what vehicles look like. Annotating objects such as vehicles, traffic signals, and pedestrians makes it possible for autonomous vehicles to maneuver busy streets safely. Self-driving car perception models rely heavily on bounding boxes to make this possible. 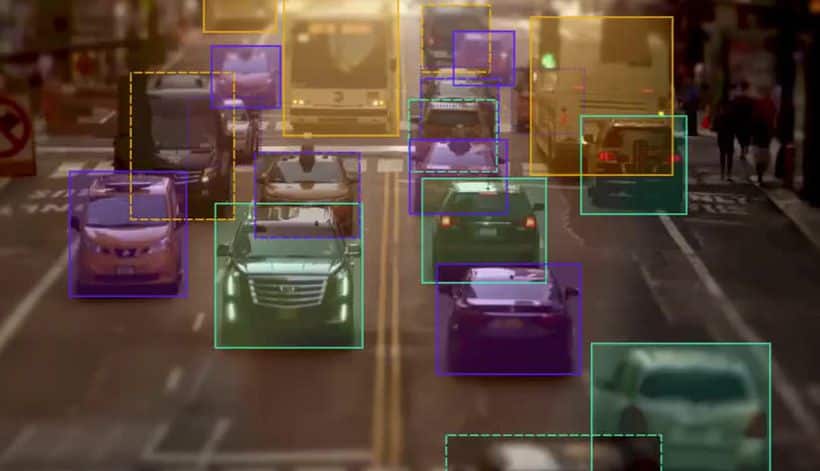 Bounding boxes are used in all of these areas to train algorithms to identify patterns.

Once you’ve labeled an object, its count is updated in the “Class Info” column. You can simply click on the class to classify another object under that label.

Note: If the images are imported from the PictoBlox Database, the images will be labeled for the users.

It is important that we analyze how the images are labeled. The Images tab allows you to analyze the images.

You can edit the images by clicking directly on the images.

Note: You can train multiple models for the same dataset to see the performance and accuracy of the training.

Now, let’s move to the “Evaluate” tab. You can view True Positives, False Negatives, and False Positives for each class here along with metrics like Precision and Recall. 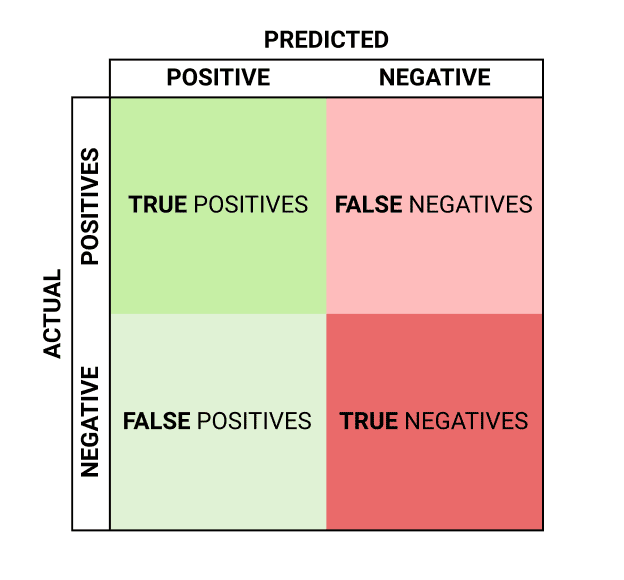 Precision and recall are two numbers that together are used to evaluate the performance of object detection.

A perfect model has precision and recalls both equal to 1.

You can visualize the Precision and Recall in the Evaluation graphs of the class or the whole model:

You can select the individual class and look at the performance of the class: 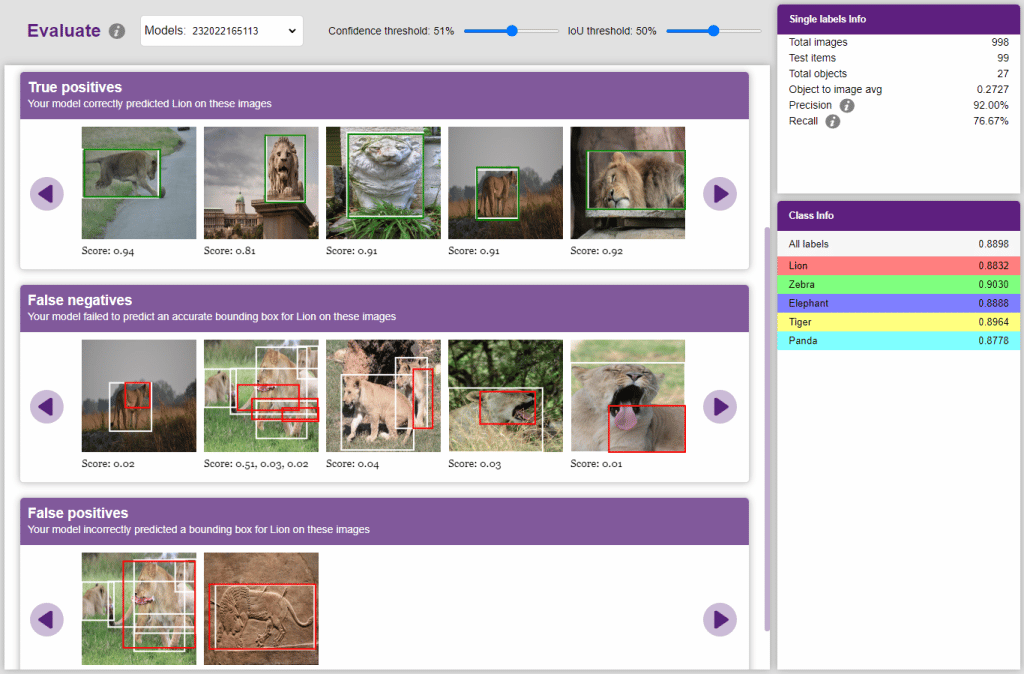 Both confidence score and IoU are used as the criteria that determine whether detection is a true positive or a false positive.

Note: You can adjust the Confidence Threshold and IoU to make the model give more precise results.

The model can be tested with the following methods:

The model will return the probability of the input belonging to the classes.

Note: The Confidence threshold can be changed to define the minimum prediction score to show the result.

The Model can be exported to 4 different forms: 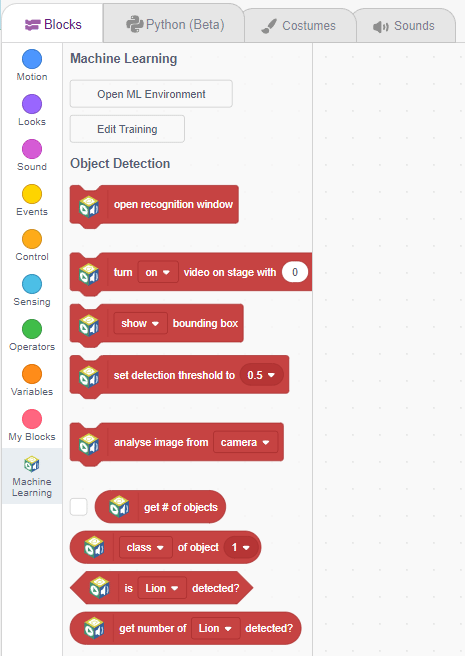 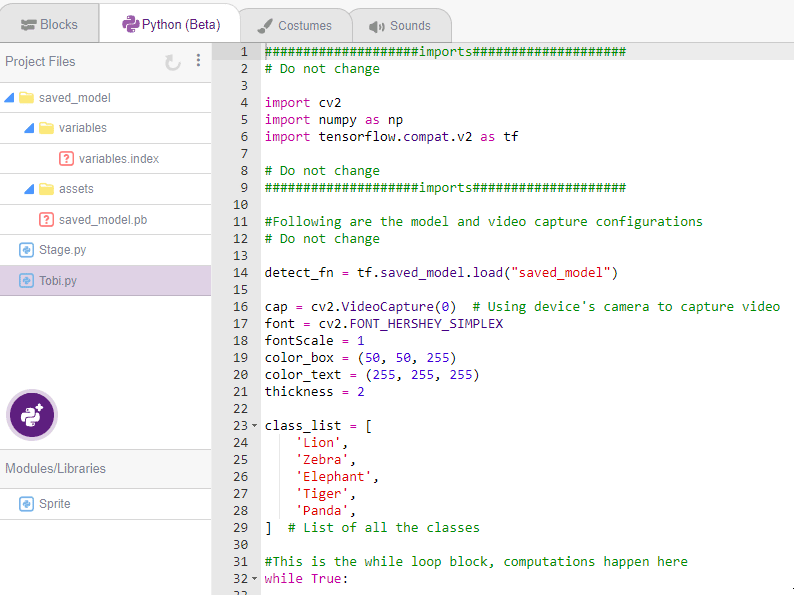 The following code appears in the Python Editor of the selected sprite.

Note: You can edit the code to add custom code according to your requirement.

The block opens the recognition window and shows the machine learning analysis on the camera feed. Very good for visualization of the model in PictoBlox.

The turn () video on stage with () % transparency block controls the control the camera feed on the stage.

The block enables or disables the automatic display of the box on object detection on the stage. This is useful when you want to see if the object detection happens during the analysis or not.

The block analyses the image and saves the face information locally, which can be accessed using other blocks.

Once you have analyzed the images, you can use the get # of objects block to get the number of objects recognized in the image.

The () of object () block reports the following attributes of the object: class, x position, y position, width, height, and confidence.

The block checks whether the selected class has been detected or not. If the class is detected, then the block returns true; else, false.

The block returns the number of objects identified with the specified object class.
All articles loaded
No more articles to load
Table of Contents